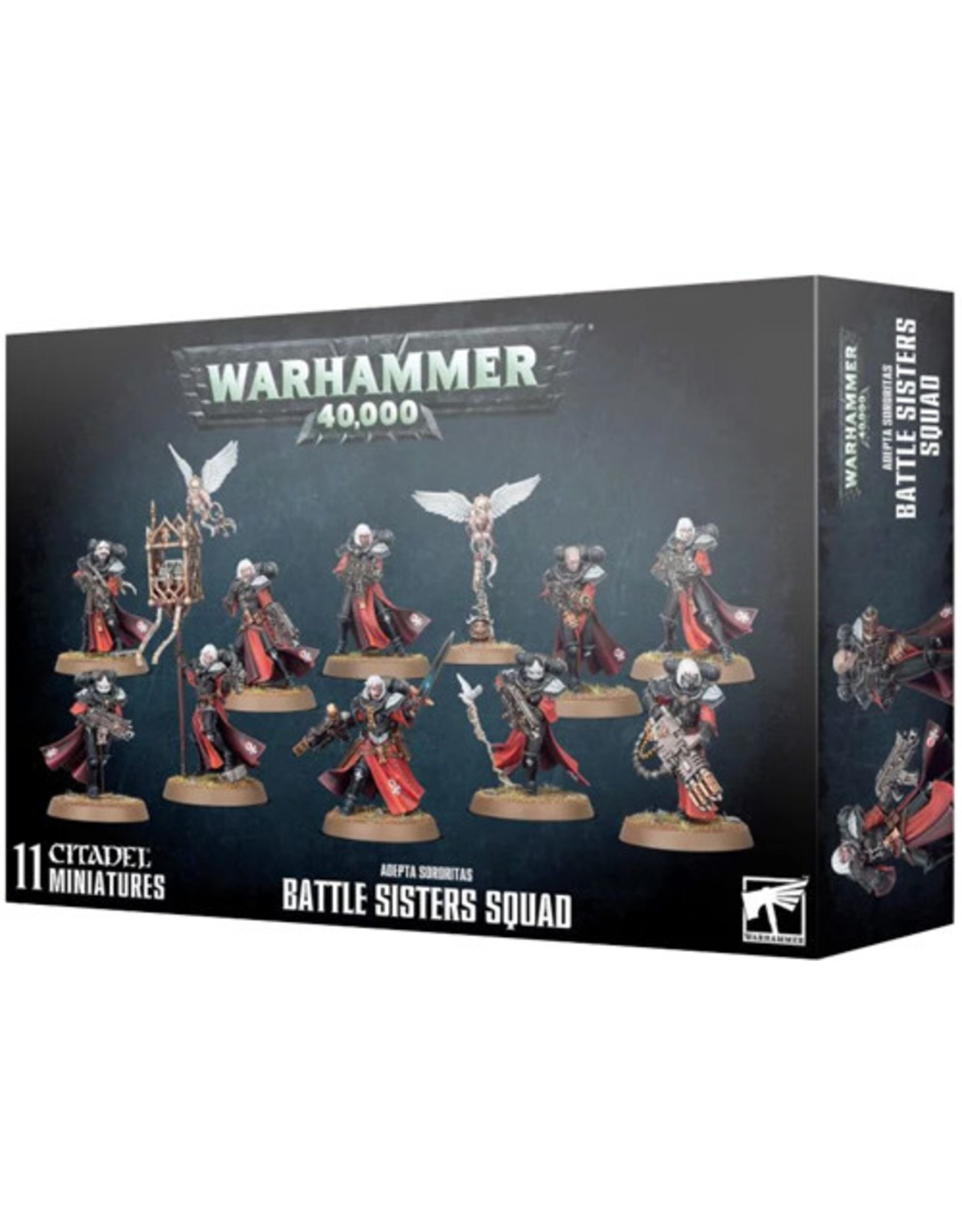 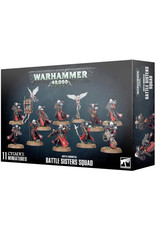 The Battle Sisters are equipped with boltguns, though up to two of them can be assembled with a special weapon (storm bolter, meltagun or flamer). Alternatively, one Battle Sister may carry a special weapon while another bears a heavy weapon (heavy bolter or heavy flamer). One of your Battle Sisters can carry a sacred Simulacrum Imperialis, with two variant options mounted atop the pole. The components also enable you to build a Sister Superior armed with a chainsword or power sword and a choice of ranged weapons, including a condemnor boltgun or combi-weapon (combi-flamer, -melta or -plasma). This set is supplied in 179 plastic components and contains 10x Citadel 32mm Round Bases and 1x Citadel 25mm Round Base. An Adepta Sororitas Transfer Sheet is also included.