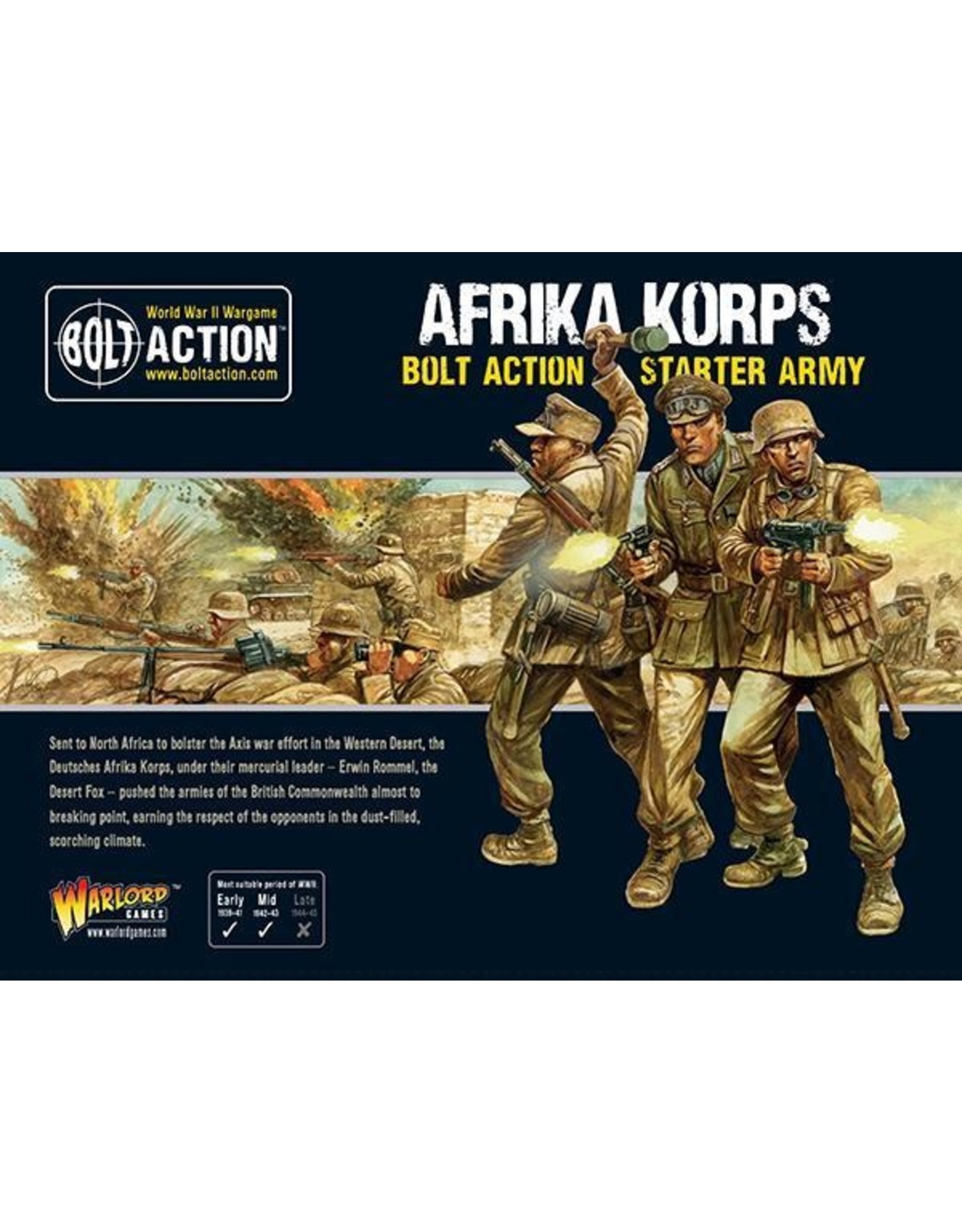 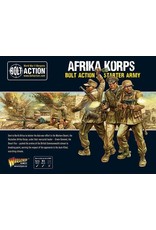 With the Infamous 88, a Panzer III tank and 30 + men to command this is the German Afrika Korps Starter army you must have!

Sent to North Africa to bolster the Axis war effort in the Western Desert, the Deutsches Afrika Korps, under their mercurial leader – Erwin Rommel, the Desert Fox – pushed the armies of the British Commonwealth almost to breaking point, earning the respect of the opponents in the dust-filled, scorching climate.

This boxed set gives you all you need to start playing with Erwin Rommel's Afrika Korps as they face the forces of the British Commonwealth in the searing heat of the North African and Tunisian campaigns.

Providing a strong core of infantry, support weapons, a Panzer III medium tank and the deadly '88' anti-tank gun this set is a great starting point for your adventures in the Western Desert. Will Rommel, The Desert Fox overcome his British opponents, the Desert Rats?