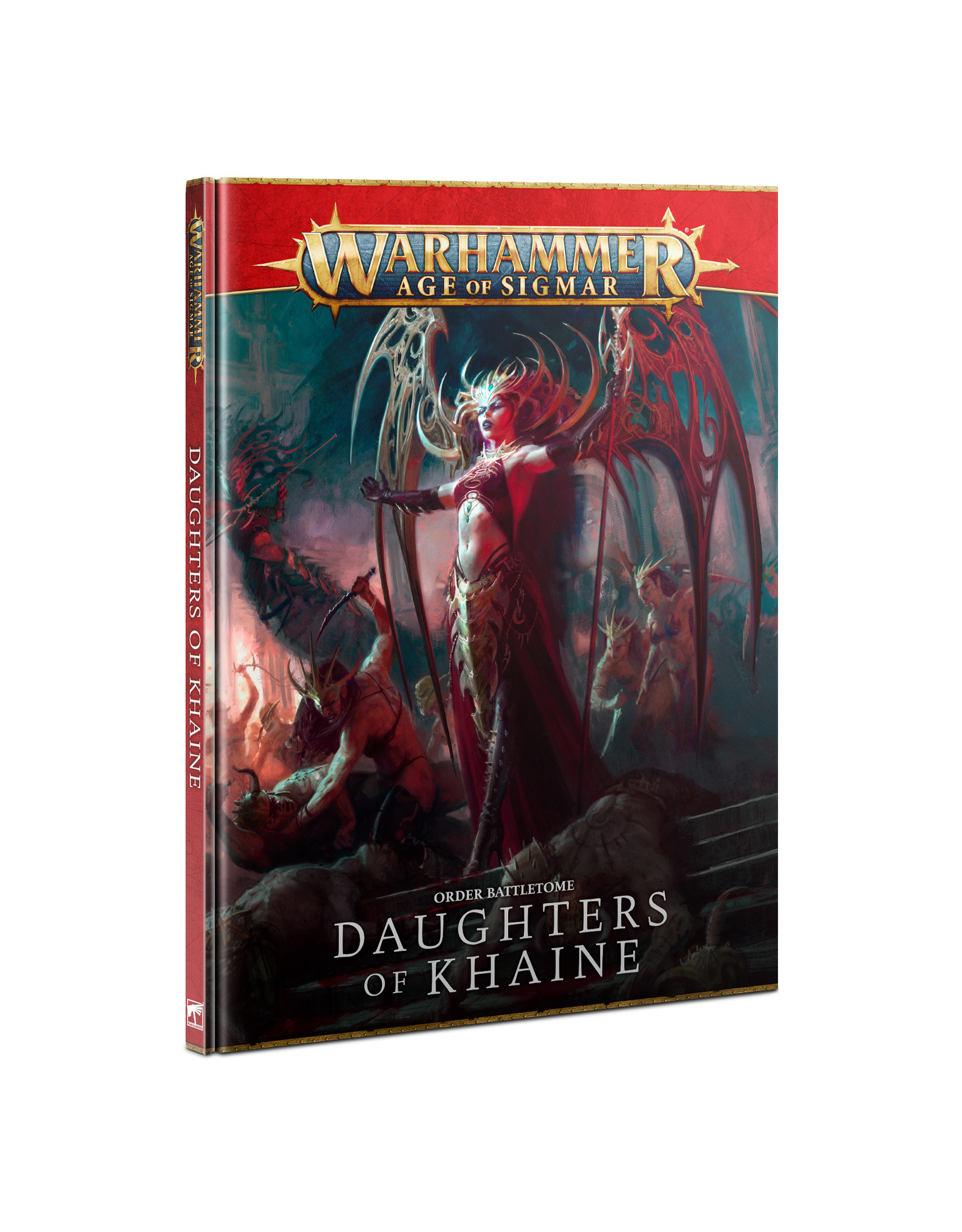 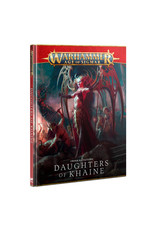 - A bloody offering of background information on the Daughters of Khaine, including their history, worship of Morathi-Khaine, and murderous way of life
- Stunning artwork that displays the gleeful frenzy of the Daughters of Khaine.
- 24 warscrolls and pitched battle profiles for bloodthirsty aelves, from ruthless Hag Queens and winged Khinerai to both of Morathi-Khaine’s divine forms
- Rules for the 6 primary Temples of Khaine, plus command traits, artefacts of power, spells, and battle traits such as Blood Rites and Fanatical Faith
- Path to Glory campaign rules that allow your army to win gladiatorial glory and found a new temple, plus 6 warscroll battalions for use in narrative play
- Matched play content including 4 grand strategies, 6 battle tactics, and 2 core battalions to unleash against your enemies
- A showcase of zealous Daughters of Khaine miniatures assembled in the colours of their Temples, alongside guides on how to paint them yourself