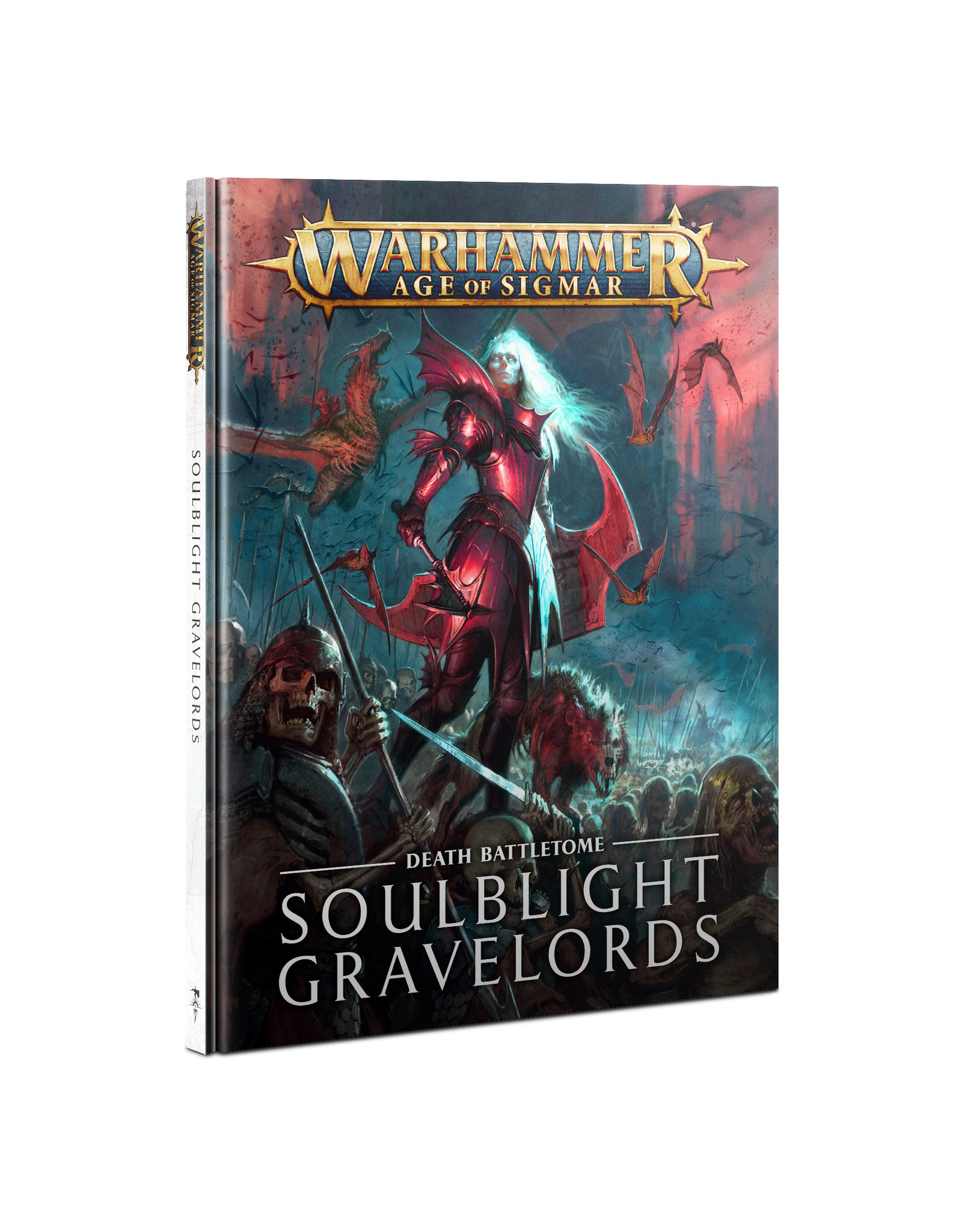 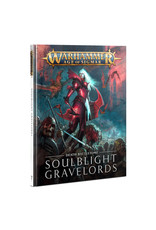 – A treasure trove of background information on the realm of Shyish, the Soulblight vampires, and their creator, the Great Necromancer Nagash
– Stunning art depicting the Soulblight and their undead servants
– 40 warscrolls for everything from mighty Vampire Lords to humble Deathrattle Skeletons
– 5 warscroll battalions
– Allegiance abilities for 5 separate Cursed Bloodlines, including battle traits, command traits, and artefacts of power
– A unique battleplan depicting a vampire's assault backed up by unending tides of undead
– Path to Glory campaign rules for creating a Soulblight Gravelords warband
– Two Spell Lores, Lore of the Vampires and Lore of the Deathmages
– A beautiful miniatures showcase and painting guide for getting the most out of your undead horde
– Pitched Battle profiles for all units featured in this battletome