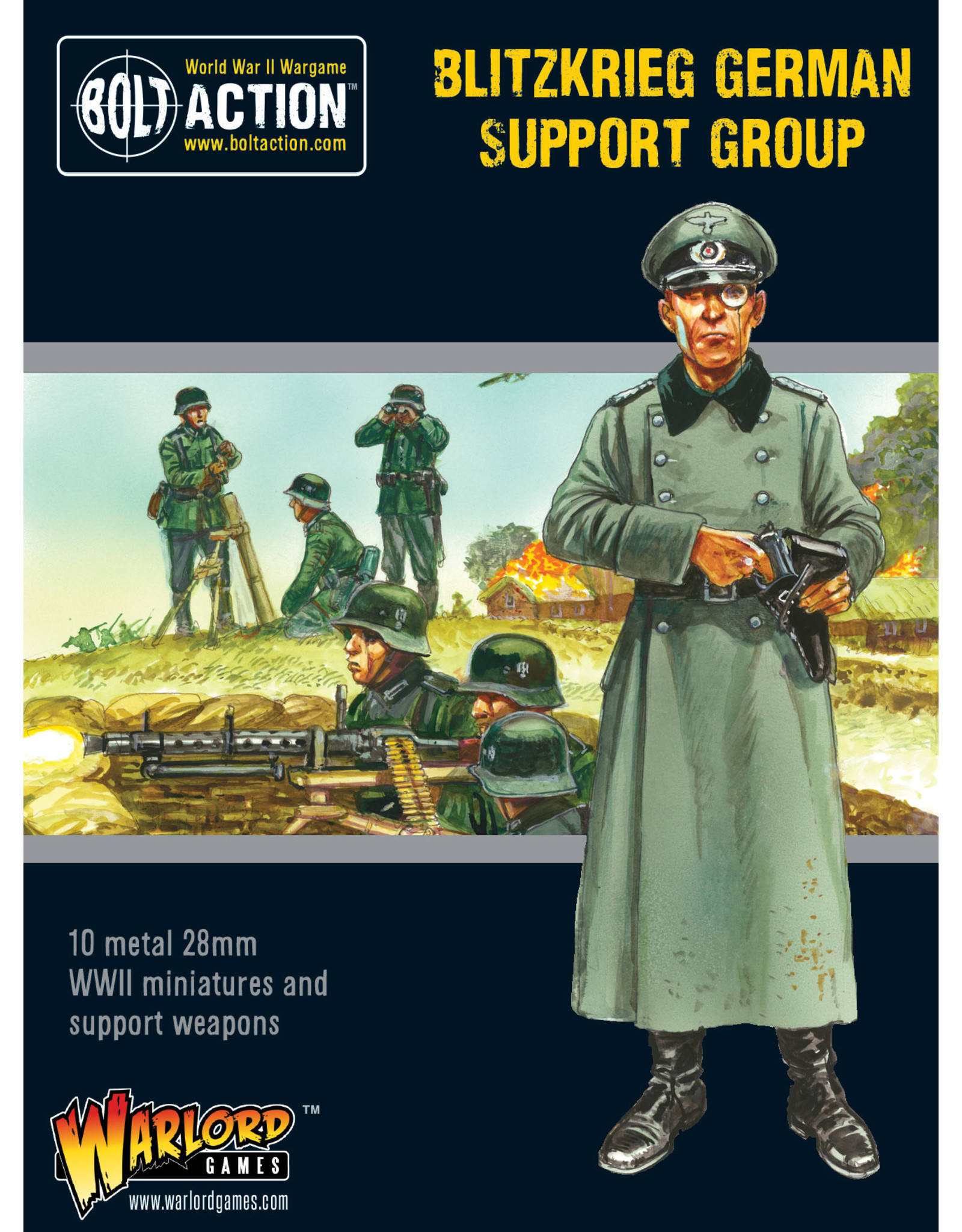 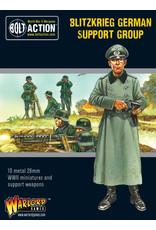 While we hold as much stock as possible, on occasion this product may need to be cast especially for you by our expert staff. If your order includes this item, it may take a few more days before we ship it.

German officers were capable and often experienced leaders. Junior officers were trained to undertake the role of their own immediate superiors, enabling them to use their initiative to take control of situations when necessary.

The Germans were equipped with two excellent machine guns in the MG34 and rapid-firing MG42 – known to Allied troops as ‘Hitler’s Buzz Saw’ because of its distinctive noise, or ‘Spandau’. Unlike other armies, the Germans used the same machine gun both as a squad weapon from its bipod and as a tripod-mounted support weapon. The tripod mount provided a much more stable firing platform and made it easier to keep up a sustained fire using a belt feed.

The standard German medium mortar of the war was the 80mm Granatwerfer 34. It was a very effective and accurate weapon that could provide longer range, on-call fire support. It had a maximum range of 2,400 metres and could maintain a rate of fire of 15–20 rounds per minute.