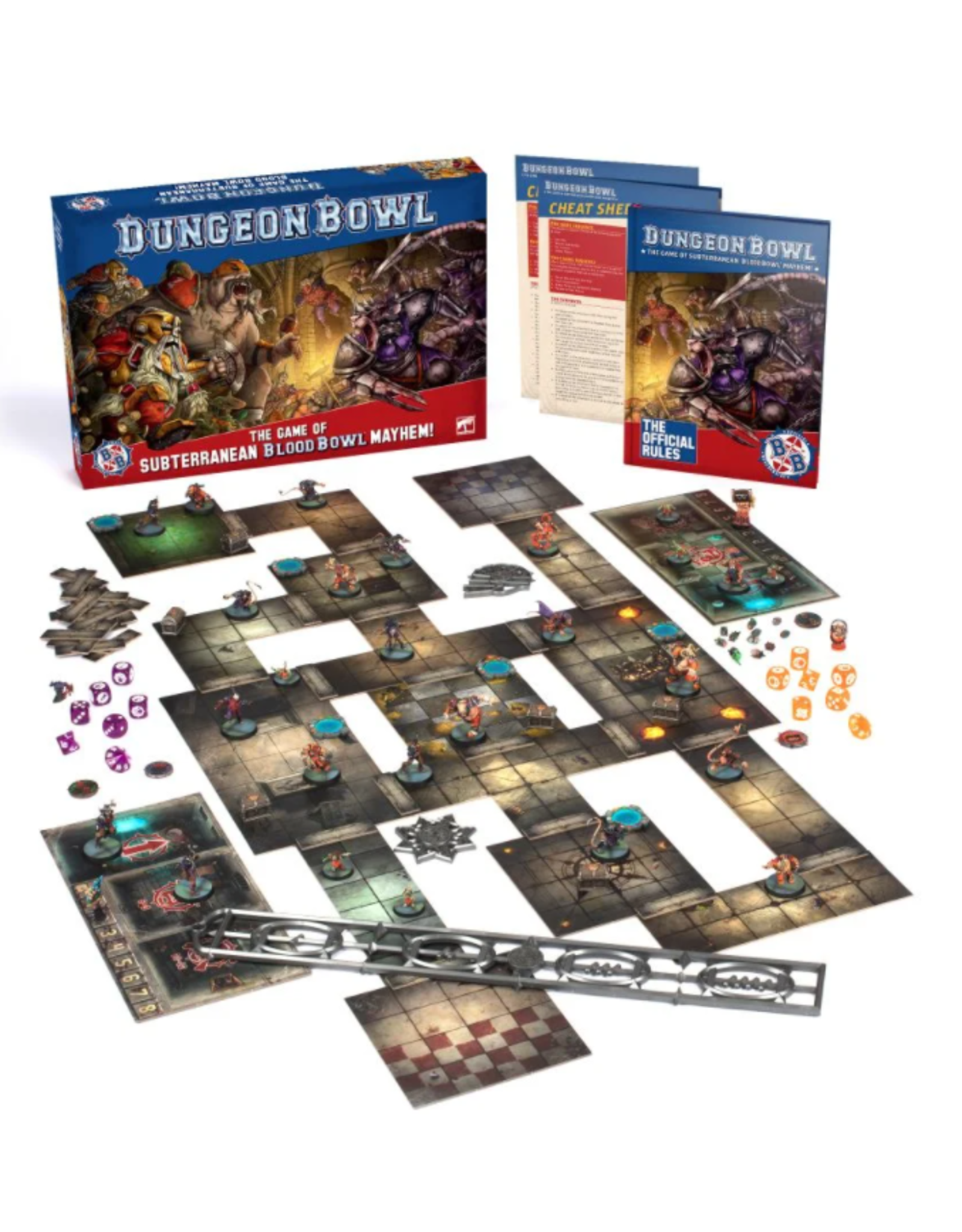 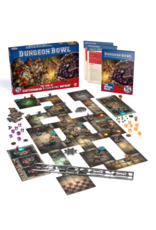 Dungeon Bowl is the game of Subterranean Blood Bowl mayhem, played between two players. In this box, the College of Fire and the College of Shadows face off against each other in a dungeon with a customisable layout, packed with portals to jump through and chests to ransack. Will you be able to score a touchdown, or will you be scuppered by traps and opponents you encounter along the way?

This box comes with everything you need to get started in your quest to find the ball and score that single, scintillating touchdown.

Inside this box, you'll find the following miniatures:

In addition, you'll get:
- A 104-page Rulebook stuffed with characterful Dungeon Bowl artwork, and all the rules you need to play the game, and rules covering exhibition and league games
- 2x quick reference cheat sheets for easy rules checking
- 2x Dungeon Bowl Dugouts for players to rest and recuperate in
- 6x double-sided Token Boards to track various elements of the games on
- 16x gorgeous and grim Dungeon Tiles you'll use to arrange your dungeon
- 36x Dungeon Bowl Door Tokens to represent doors
- 14x dice for use in games of Dungeon Bowl
- 3x plastic templates for measuring range, direction, and ricochet