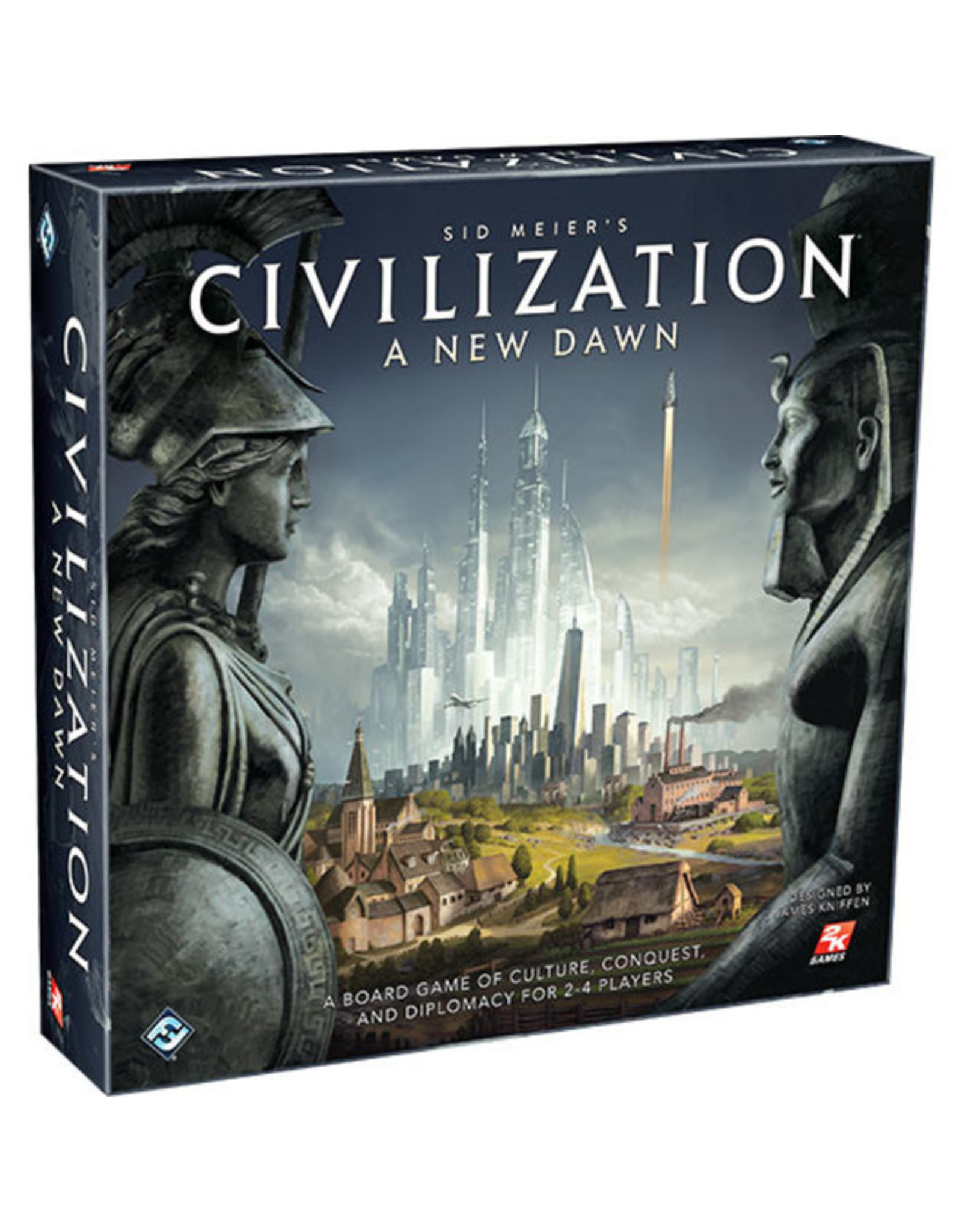 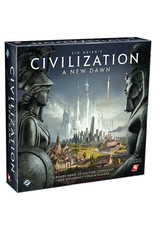 Sid Meier's Civilization: A New Dawn is a strategy board game in which two to four players act as the rulers of history's most memorable empires. Over the course of the game, players will expand their domains, gain new technologies, and build many of humanity's greatest wonders. In the end, one nation will rise above all others to leave its indelible mark upon history.

This new game presents players with an undiscovered country to conquer, built from beautifully illustrated map tiles. These would-be conquerors construct and populate the map with barbarians, natural resources, and city-states, then formulate their plans for how they will shape this world to their vision. Their exact goals, however, change with each game. Agendas are detailed on victory cards, three of which are drawn during set up. Players race to become the first to accomplish one agenda on each of these victory cards, spreading throughout the world and ensuring their civilization’s place as the greatest world power.